DONNIE LEGER - SULPHUR, LA: There has been numerous discussions about fixing this and that, but my main concern is the penalties. I'm not saying penalties are the reason the Cowboys lost 10 games, but they were a major contributor, especially early.

Rob: The defense and the offensive line should be your main concerns, but your point is well taken. They particularly didn't play disciplined football during the 1-7 start, and it cost them. Alex Barron's hold in the season opener is the prime example, and the celebration penalties were a joke. When you lose eight of 10 games by a touchdown or less, little things often make the difference.

Josh: Well, it's probably difficult to fix those during this lockout. Penalties are usually pinned on poor coaching, but a lot of it involves players getting beat. Typically an offensive lineman only holds if he has to in order to keep his quarterback from being killed. The Cowboys were a bad team last year, so it makes sense that they would have a lot of penalties, and yes, they were a huge part of the rocky start. The only consolation, I guess, is that things did improve after Jason Garrett took over in the second half.

PETE BERTHEL - SEAFORD, NY: Matt Ryan, Joe Flacco, Philip Rivers and Tony Romo all have the same amount of rings. But Romo was undrafted yet he gets killed by both fans and the media. Why?

Rob: Mostly because he wears a star on his helmet. Now, Rivers has gone deeper in the playoffs (two AFC Championship games), and Ryan and Flacco haven't been in the league as long as Romo. At 31, Romo frankly doesn't have a bunch of years left. Because plays in Dallas, he's been overhyped at times, but he's also underappreciated at times. The Cowboys have a top-10 quarterback in this league right now.

Josh: I agree with you that those guys haven't done a whole lot Romo hasn't, and with the exception of Rivers, I would say he's the best of the four. But those other guys don't play under the microscope that the Dallas Cowboys quarterback does, for better or for worse. It comes with the territory. 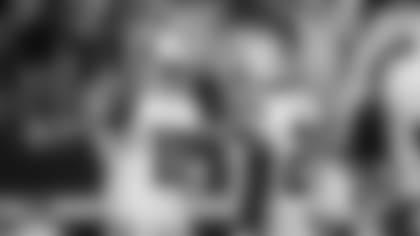 It's way early, but Micah Parsons looks like the best defensive end in the 2021 draft. How are they not going to use him on the edge full-time going forward?

With Keanu Neal possibly out another week and Micah Parsons likely to stick it out at DE for a bit longer, can we expect to see Dan Quinn start to mix in Jabril Cox more?

I was confused as to why we did not call one timeout in the last minute and a half of the second quarter against the Eagles?

Mailbag: Cowboys Get Lucky The CBs Were Gone?

Do you think the Cowboys actually got very lucky this year when the two corners they wanted were off the board, therefore getting Micah?

Mailbag: Where Is Maurice Canady?

Where is Maurice Canady? Is he hurt? I thought he was going to be a starter. What did I miss?