@SunnyinPink: DeMarco Murray still hasn't practiced. What are reasonable expectations for his role and level of play this season?

Rob:Murray could have a pretty big role because he's versatile. He can catch, he can block and he can help in short-yardage situations. The question will be how quickly he can adjust to the offense after missing the entire training camp and preseason so far. It could keep him in a limited role this year.

Josh: I don't have a great feel for it yet because we still haven't seen him in practice. Personally, I'm skeptical of him taking over a big third-down role because Felix Jones was good in that capacity last year, catching 48 passes. We'll have a better grasp when he's finally on the field, but I wouldn't envision a bigger place in the offense for him than what Felix Jones had as a rookie â not too much, in other words.

@TopShelfJays89 :The safeties are under one-year contracts, Terence Newman's getting older and Orlando Scandrick is in the last year of his deal. How quickly can the Cowboys overhaul and improve the secondary?

Rob: I think Elam makes the secondary a little better than it was last year, as long as Newman gets back. The good news about two safeties with one-year deals is they don't prevent the team from developing younger guys. The problem is, they may have to re-address both spots in the draft or free agency next year. It's also quite possible they'll have to spend a high draft pick on a corner next year, too. Everything could look a lot different a year from now.

Josh: There might be two or three different starters next year because of all those guys being at the end of their deals and the age of Newman. It'll be one of the team's biggest priorities in the coming years, but they aren't going to become the best unit in the league overnight. You just have to hope the guys who were here last year can be better for now. 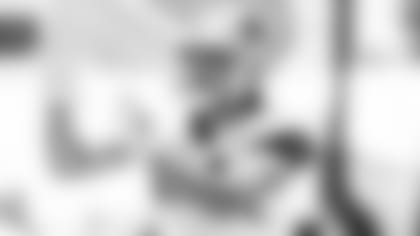 Mailbag: Your Choice For A Big-Name Free Agent?

There are still some big-name players on the market. Is there one you would like to see that happen with?

For the Cowboys to get to the NFC Championship game this season, what do you think are the top three things that need to happen?

Now that training camp is finally here, what's the biggest position battle that fans should be looking out for?

The game against the Broncos last year proved to be the blueprint on how to beat the Cowboys. What can the Cowboys do on offense to scheme against exotic blitzing teams?

When I look at the schedule, I always try to chalk up the "easy" wins, the games you don't have to really worry about. But which game like that do you think could be a trap?