Not Even Your Daughter's Cowboys

possibly half the secondary, depending on just who starts at free safety.

Offensively, this very well could be three-fifths of the line, half the receiving corps and the quarterback, not to mention both backup running backs, a tight end, deep snapper and kicker.

That's a whole lot of shakin' going on.

By my count, and presuming restricted free agent Scott Shanle is not signed to an offer sheet by Friday's deadline, thus his rights reverting back exclusively to the Cowboys, there will be 70 guys on the official roster heading into the draft (six players) and rookie free agency (probably another dozen).

Of those 70, 45 will have been with the Cowboys no more than one year. One! Let that sink in.

And, let's take this one step further in reverse fashion. Of the 70 players on the roster, only a baker's dozen will have been with the Cowboys for more than two seasons.

Get outta here. Talk about a remake. Plastic surgery leaves more telltale signs of the past.

Yep, these are your Cowboys today, basically brand-spanking new. Suddenly Greg Ellis and Adams - first and second picks in the 1998 draft - going into their ninth Blue Star seasons, have the most Ranch seniority. Them others are gone, as is everyone from the 1999 draft, 2000 and 2001. In fact, only two guys remain from the 2002 draft, Roy Williams and Andre Gurode, and nary a free agent signed before Terry Glenn, Singleton, Romo and Shanle in 2003.

No one can accuse the Cowboys of standing pat or of keeping players past their expiration date. They indeed have been, with regards to Bill, churning this roster, and again, as I've said before, trying to win now while building for the future.

"I will not dismiss the future at all," Jones said of the upcoming draft.

No doubt, and all along we thought all that drilling we've been hearing has come from next door. 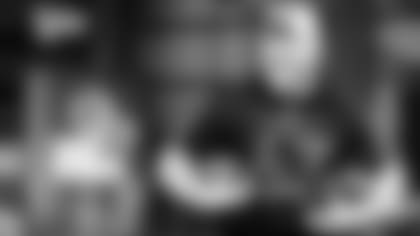 It was nice to see Tyler Biadasz get a little recognition with a Pro Bowl invite? Also, what are your thoughts on this new Pro Bowl format?

The Cowboys appear to be making several changes around Dak Prescott this season, but according to Stephen Jones, they want their franchise quarterback around "for the next 10 years."

What's Next? Guarding Against Setback at OG, C

Zack Martin provides the most consistency on the interior of the Cowboys offensive line and, as such, that has to be a focus heading into 2023, specifically when looking at the LG situation