BRYAN WALSH - MOUNT AIRY, MD: DeMarco Murray finished at Oklahoma with records for TDs, points scored, and all-purpose yardage - all ahead of Adrian Peterson. Why did he slip to the third round and why isn't there more excitement about him?

Rob: There have been questions about his durability as a featured back, as well as how explosive he can be at the next level. The Cowboys apparently weren't concerned about the injuries he had in college, and he's not going to be asked to carry the load. From what I've re-watched of him at Oklahoma, he's also a more dynamic runner than I remembered.

Josh: Well, to be fair, Murray stayed for four years and Peterson was only in school for three, plus he was hurt for much of his sophomore season, as I recall. Look, if DeMarco Murray was Adrian Peterson, he wouldn't have lasted until the third round. Teams and scouts aren't that blind to just let the sure-things slip by them. A lot of rookies come into the NFL owning records at their college, but that isn't always a great indicator of NFL success. I sense a good deal of excitement for him among the Cowboys fans I hear from, but the fact is he's going to be just a rotational guy, at least to start with. I mean, we don't even know if they can they find him 10 carries a game yet.

LUTHER YELLOWROBE - LAME DEER, MT: Do you think that having a bye week earlier in the season like the Cowboys do will be in any way more beneficial this year because of the lockout?

Rob: Maybe, but the hope is training camps will start on time. To me, it's almost always better to have the bye right in the middle of the season. Players' bodies take such a toll that they need a break with eight games to go, not 13. I did think an early bye would've helped last year after a five-week camp. Obviously not. The Cowboys actually caught a break this year by getting an extra week before the New England trip. Pats are 66-12 at home since 2001.

Josh: I think they're lucky to be having their bye the week before playing the Patriots. They'll need all the extra practice they can get for that one. But I don't think they'll go back into training camp mode during their week off, so it's probably no better than it would be any other year. Most teams would want the bye later. 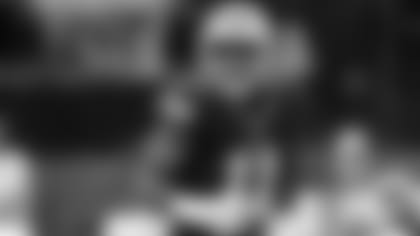 Mailbag: Cowboys Get Lucky The CBs Were Gone?

Do you think the Cowboys actually got very lucky this year when the two corners they wanted were off the board, therefore getting Micah?

Mailbag: Where Is Maurice Canady?

Where is Maurice Canady? Is he hurt? I thought he was going to be a starter. What did I miss?

Mailbag: Is Pollard Too Good To Return Kicks?

It seems too risky to me to keep Tony Pollard as our primary kick returner. Why risk injuring him on kickoffs which have a low probability resulting in a big return?

What are your thoughts on switching to a 3-4 to put more if our best players on the field to make up for the absence of Gregory & Lawrence?

What do the Cowboys do regarding the pass rush for what looks like several weeks now that DeMarcus Lawrence has a foot fracture?

Mailbag: How Much Has Terence Steele Improved?

Terence Steele started 14 games last year and had some tough moments but obviously the Cowboys see potential in him. Do you think he has improved to be ready for this new starting chance at right tackle?

What did you guys think were the issues in the red zone against the Bucs (1 of 4) and what's been holding us back there the last few years?

We've been absent a playmaker at safety for a long time. It appeared the front office did something about that by signing Malik Hooker. Why is he inactive?

Mailbag: Why The Contract Restructures?

Last week Zeke's contract was "restructured" and now Dak's has been. Alright, can you guys make sense of it for us?

With both Zack Martin and La'el Collins in doubt for Thursday, my question is simple. What's more important to this team's success: right tackle or right guard?

In your opinion, what was the biggest surprise from roster cuts and where do you see the Cowboys still needing to add competition/depth?

Mailbag: Cowboys' Talent vs. Rest Of The League?

Bleacher Report just ranked the Cowboys as the third-most talented roster in the entire NFL. What do you guys think and where would you rank them against the league?