JAE ROSS - DAYTONA BEACH, FL: Is it crazy to think Sean Lee and Bruce Carter could be starters by mid-season, if not earlier?

Rob: No, Bradie James will remain a starter and the point man for Rob Ryan's defensive calls. Let's not forget that Bruce Carter is coming off a major knee injury. A nickel role would be a good start for him. But based on their draft status, Lee and Carter are supposed to be the future at inside linebacker, and I do think Lee could replace Keith Brooking as soon as this year.

Josh: Both of them? Pretty crazy, I would say. It remains to be seen how ready Carter's knee will be when the season starts, and considering he's just a rookie and might not have any minicamps, it'll be awfully tough for him to surpass both Keith Brooking and Bradie James. I think you could see Lee overtake Brooking this year, however. The Cowboys overexposed Brooking with too many snaps last year, and he seemed to wear out. But both he and James are entering the last year of their contracts, so maybe they could be starting together in 2012.

A.B. BARRIENTES - HOUSTON, TX: Does John Kitna have any trade value as a starting quarterback for one of the teams who only have a rookie, like Minnesota? It looked like Stephen McGee was ready to be the No. 2 guy in limited time last year.

Rob: Don't know that McGee was fully ready. He did show that the stage wasn't too big for him, and that's a good sign as he continues his development. Anyway, the lockout hurts your hypothetical. McGee needs more and more reps, and he's not getting any right now. Kitna is much more suited for a potentially shortened season because of his experience.

Josh: McGee played pretty well for a third quarterback, but if he had to play much longer it would've been tough to keep up his efficiency. I think he needs another year of seasoning before you would be comfortable with him as the No. 2. Besides, I don't think Kitna would be worth more than a sixth- or seventh-round pick to any other team, and his value to the Cowboys is greater than that. 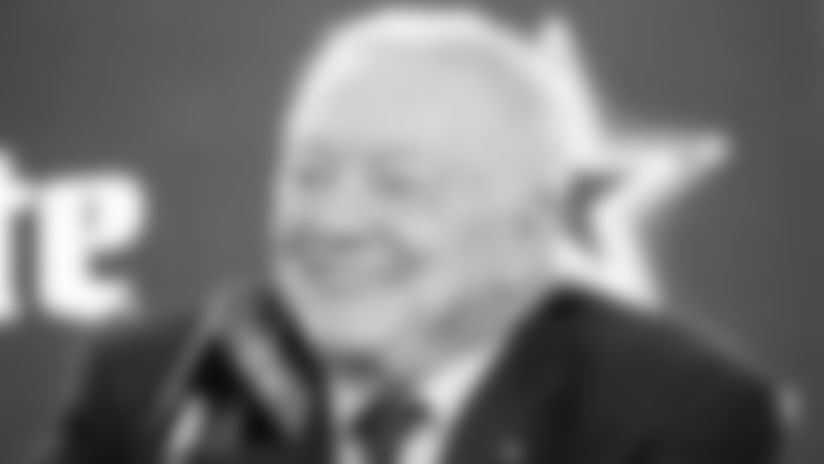 Mailbag: Can The Cowboys Get 2 First-Round Picks?

Just for fun while waiting for the draft: Do you think there's a scenario where the Cowboys trade their second-round pick to move back into the late first round to get someone?

Mailbag: What if Best Player Available at 10 is WR?

Do you think if Ja'Marr Chase falls to No. 10 that the Cowboys would draft him?

If the NFL passes this latest rule change regarding numbers, could and should Jaylon Smith move into Tony Romo's No. 9 jersey?

Mailbag: Scenarios For Trading Up & Down

Patrick Surtain and Penei Sewell are both on the board and they get an offer to move back into the 20s but pick up a first-round pick next year. Do you take the deal or pick a player?

We've heard a lot about the Cowboys' additions on defense, but what are your thoughts on Ty Nsekhe at offensive tackle?

Mailbag: How Big Of A Need Is LB?

I realize this is probably the uncommon view, but why is Dallas not associated with any of the Top 5-6 LB's in the draft?

Do you honestly feel teams really use that approach and take the best possible player, or do they reach for needs more than they should?

Rumors are that K.J. Wright wants to reunite with Dan Quinn in Dallas, but he wants a two-year deal instead of a one-year deal. Why not do it?

Joe Looney has been a leader in the locker room and a capable backup at center and guard. Is there any interest in re-signing him?

What do you think were the deciding factors in the Cowboys picking Damontae Kazee over Malik Hooker?

Mailbag: How Many Bases Covered Before The Draft?

By adding new defensive linemen and safeties in the first two weeks of free agency, does that let the Cowboys have more range to draft top available players instead of need?

With the recent signings of Brent Urban, Carlos Watkins and Tarell Basham, how do you see this impacting the development of Trysten Hill and Neville Gallimore?