CHICAGO– A few minutes before kickoff, Josh Brent turned to safety Barry Church and told him he had never been so nervous before a game.

After all, it wasn't just any game for Brent, but rather the first game of his comeback. For the first time in two years, Brent was back on the field for the Cowboys. It's almost two years since Brent was involved in the tragic accident that killed teammate and good friend Jerry Brown and led to Brent being charged with vehicular manslaughter and sentenced to prison.

So it was natural for Brent to have those first-game jitters.

"I told him not to worry about it," Church recalled. "I told him to go out there and get that first hit under your belt. After that he would be fine. And it was great to have him back out there with us."

Brent couldn't agree more although he admitted he's got a long way to go before returning to his self.

"It was great to be out there again. I felt really good out there," Brent said. "But I'm not all the way back by any means. It's going to take some time. But getting back in the rotation felt good."

Brent was credited with two tackles while playing in a backup role to starters Tyrone Crawford and Nick Hayden.

When asked after the game if playing again will help him "move on" from the incident, Brent paused, then responded with an answer that suggested he'll likely never officially move past the night that led to Brown's tragic death.

"Whether or not other people turn the page, it's up for them to decide," Brent said. "But I will always remember what happened. That was my best friend. I'll never forget it. I've been blessed to be put back into this position. And I'm going to take advantage of it.

Tony Romo is never one to throw out a ton of excuses, but he at least admitted the four days between games last week was problematic for his nagging back injury. Not to mention, Romo said he should've had a different preparation plan for the short week.

But with a full six days in between games this time around, Romo called the extra time "a game-changer" for his ultimate health.

"I felt good out there tonight," Romo said. "I could definitely tell a difference (from last week). I think I'm getting closer to where I want to be. If I'm dealing with just the back, I think I'll be fine."

Romo admitted he's also been dealing with a broken ribs injury that occurred in the first month of the season.

But a few days off here this weekend will be beneficial for not only the quarterback, but the rest of the team.

"I'll take a few days here," Romo said. "We know we've got big games coming up and I've got to make sure I'm ready for it. But it'll be good to get some rest here before we get (started) with Philly.

It's about time the Cowboys flipped the script on their problems with blocked kicks.

In a season where several opponents have blocked Cowboys kicks and punts, they finally managed to stuff several of Chicago's efforts on Thursday night.

It started at the tail end of the first quarter, when Bruce Carter got his hand on a Bears punt from the Chicago 30-yard line. The tipped punt traveled a mere 21 yards, setting Dallas up on its own 49-yard line. From there, the Cowboys mounted a 12-play drive that led to their first touchdown of the night.

On the second play of the fourth quarter, after an Alshon Jeffery touchdown cut the Dallas lead to 35-13, the block unit came through again. This time it was Barry Church, as he blocked the extra point to keep the lead at 22.

It wasn't all great, though. In the third quarter, Dwayne Harris had a 47-yard punt return for a touchdown nullified by an illegal block penalty on Micah Pellerin. The return would have put Dallas up, 28-7 – though the Cowboys did find the end zone on the ensuing drive, anyway.

Ironically enough, Gavin Escobar, who caught that touchdown, would later drop an onside kick – leading to a Bears recovery during their fourth quarter rally.

Dan Bailey connected on two field goals on the night, improving his bid for a first-ever Pro Bowl selection. 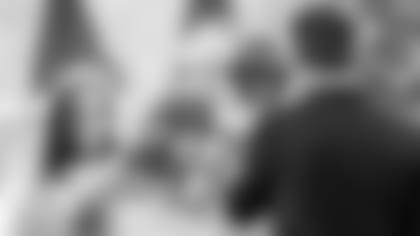 Top 10: With Witten & Dez Gone, Who Has Most Games Played With Cowboys?

Helman: Could The Cowboys Make Some Unprecedented Decisions With Their WRs?

CowBuzz: What The Players Are Saying After Week 2 Of OTA Workouts