@pjcgoodfella : What do you see as the Cowboys' biggest strength this year?

Nick:The tight end position. There's an All-Pro starter in his prime that seems to be the security blanket for any quarterback. A backup in a contract year that should be capable to fill in if needed and a third tight end who can play fullback and should be 100 percent healthy again.

Rob: Their array of offensive skill players for quarterback Tony Romo. Felix Jones provides speed and he's growing as a receiver. Miles Austin and Dez Bryant have potential to be the best receiver duo in the league. Jason Witten is always Jason Witten. Now, can the offensive line make put of all those pieces to use? They were much better the second half of last season.

@Cowboys_Chile :What are Brandon Williams' chances of making the 53-man roster?

Nick: I think it's about 50-50 right now. He hasn't done anything really to make the team but then again, someone has to beat him out. I think Alex Albright has a shot but needs to show up in these games. I wouldn't be surprised if the Cowboys add this position after the cuts go down for other teams. Look for some undersized defensive end in a 4-3 scheme that might develop into a pass-rusher.

Rob: I'd say not as good as last year. Victor Butler has emerged as the third outside linebacker and rookie Alex Albright is pushing for a job. Williams is a natural pass rusher, but he missed the entire 2009 season with the torn ACL and didn't seem fully confident in 2010. 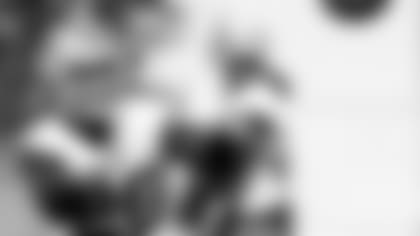 In general, why don't they use Tony Pollard more as a receiving threat, especially now that we're possibly down a couple receivers Thursday?

Why would the NFL not put Randy Gregory on the Pro Bowl voting, it seems so disrespectful to him?

Mailbag: Should K.C. Be Seen As Favorites?

Looking at the records and the ups and downs of the Chiefs season, I'm a little confused as to why we are being considered the underdog in this one. Your thoughts?

Mailbag: When Are The Injured D-Linemen Back?

When are DeMarcus Lawrence, Neville Gallimore and Randy Gregory due back and what are your expectations for this defense when we get everyone on the field again?

Mailbag: Time To Make A Move At Left Guard?

It seems pretty obvious that Connor Williams is the weak link on the offensive line. Would you give Connor McGovern a shot at left guard?

Is Leighton Vander Esch making impact plays that we miss because all eyes are on Micah Parsons, and is he playing his way to a second contract with the Cowboys?

Do you think that the loss to the Broncos is a blessing in disguise?

Mailbag: Focusing Too Much On Turnovers?

It seems guys are willing to run alongside, clawing at the ball, rather than just putting the guy down. Have you guys asked Coach Quinn about this?

What do you think about the decision to move Terence Steele to left tackle against the Broncos?

I'm a longtime fan, and can't remember a Cowboys team with better chemistry or a more cohesive mix of veterans, younger guys, and likable characters. What do you think?